Storage Spaces has been the buzz since the release of the consumer preview and the beta of Server 8.  Naturally the attraction is the flexibility of the Storage Spaces and how easy it is to configure it.  That being said, it also lays down the challenge, as so many DE replacements before it, to see how it performs.  The other thing it beckons is how it it compares to a hardware solution.  Being a RAID fan I decided to run a comparison between the two.  Before we get into the results, I want to define the equipment I used as well as to say upfront, that this is the consumer preview so what we see in October may be different.

I created a parity volume using storage spaces with 3 2T drives and ran the ATTO, CrystalDiskMark, HD Tune, and File Copy.  The very first advantage was that creating the array was very easy and only took approximately 10 seconds to create.  No RAID building, and very straightforward.  As you can see in the tests below, the performance is not very good. 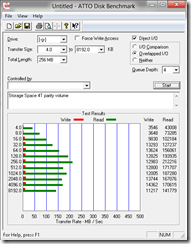 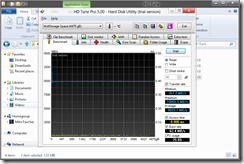 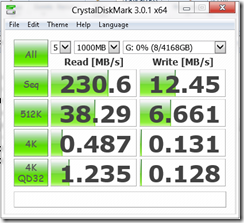 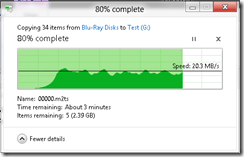 Now that I had completed the testing of Storage Spaces, it was time to kill off the volume and to setup up a hardware RAID 5.  I deleted the Storages Spaces drive as I wanted to reuse the identical hardware in my testing with the only exception being the use of the RAID card.  The obvious thing that happens when you do this is that you have have to install the drivers, WebUI, and of course you have to build the array.  What took 10-15 seconds to do in Storage Spaces, took the customary 4 hours of building the array using the Highpoint.  It is a background task but you still have to wait to achieve maximum performance.  Once it was completed it was time to start testing. 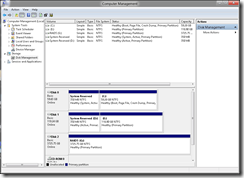 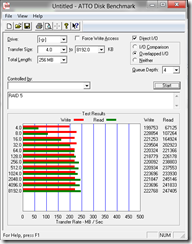 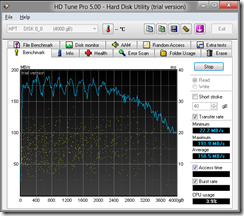 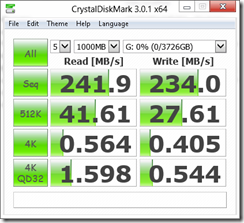 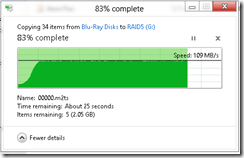 As you can see from the testing (except for HD Tune), the performance of the Storage Spaces is pretty bad in comparison to a hardware solution.  Granted it will most likely be optimized before the final release, but in my mind until they do something drastic, it is far too slow to use.  Real life usage like file copies are painful with large files.  Copying BD for example is 8-10 minutes instead of 1-2 minutes  Everything from creating VM’s, to copying data, to video playback was just not up to par.  I hope that Microsoft is paying attention to this and that it addresses these concerns.  In my opinion, until they do it is simply not worth using for anything serious.