The Ryzen 7 gets Plex and VMs

It was a matter of time before I put my recently built Ryzen 7 1700 to some useful work. When I built the system, it started off as a test platform, however, I ended up liking it so much I wanted to put it to better use. The chip is simply amazing at transcoding and encoding video that I wanted to exploit that power. As I recently turned off my VM server for power conservation reasons, and my Plex server was struggling at trying to be everything, that I thought it might make sense to consolidate some systems together and make better use of this extra horsepower. In addition to combining my Plex and VM servers, the plan is to move my IP security system from a dedicated machine to a VM machine once everything got stable. This would eliminate another physical machine and further reduce my power footprint. I will update this part of the project in a future article as I want to verify that everything is stable in this first phase.

Like the Intel platform, enabling virtualization in the BIOS is needed. Of course, AMD does not call it VT-x and refers to it as SVM (at least it is on my x370 board) but conceptually it is the same. Once I located the setting in the BIOS and enabled it, I was good to go and complete the addition of the Hyper-V feature.

I decided that I really wanted 32GB of memory on this machine as it was going to do multiple things. I will save you the gory details but once again it proved to be difficult to find 32GB of memory (2 DIMM configuration) that would run at a higher speed other than the default 2133 Mhz. The more memory you want to use the harder it is to find. I was able to locate some Corsair 2666 MHz DDR4 which claimed to be compatible and was able to get it to work. It was obviously slower than the 16 GB of 3000 MHz that I took out but the system still ran smooth and the performance was still great. 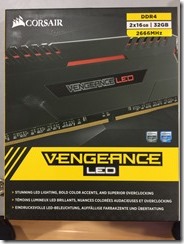 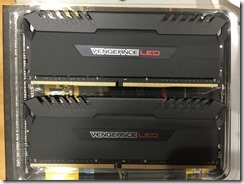 I know that we always think of server operating systems such as Server 2016 or Server 2012R2 when we think of virtualizing. The truth is I struggled with this as I originally wanted to run Server 2012R2 on this system. After a lot of work, I was finally able to get Server 2012R2 installed and running on the AMD, but it was not a match made in heaven. Each of the drivers for this new platform had to be coaxed into installing and I never got the drivers for the built-in Intel NIC to load correctly. In addition, the performance was less than spectacular and it did not seem to have the responsiveness that I was getting when it was running on Windows 10. In addition to the NIC card, the USB 3.1 and the graphics card were optimized with manufacturers drivers for 2012R2. After hours of experimentation and being overall disappointed, I decided to abandon my idea of running 2012R2 and go back to Windows 10 as the base OS, and attempt to install Hyper-V to see if that had better results. Once I installed Windows 10 and added the Hyper-V feature, everything seemed to work great and I thought I was on my way…. 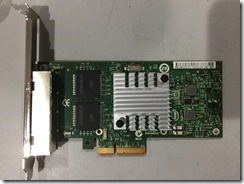 Next order of business was to move the movie and backup storage into the box. As I mentioned in my first article, I built the system in an older Fractal Design Case which has a generous amount of drive bays. For starters, I installed the two SSD’s in an ICY Dock 3.5-inch enclosure which I installed in the first drive bay (see picture below). This left me with 7 empty bays for storage drives. In addition, should I run out of room, I have a dual 5.25 bay available for any overflow storage by using 5.25 to 3.5-inch adapters. 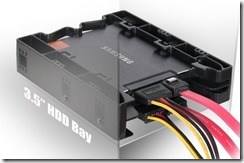 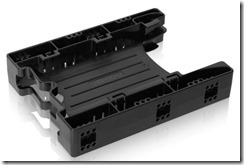 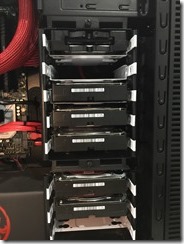 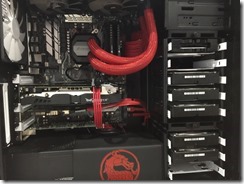 Anyone who has read any of my earlier posts over the years knows I am a big fan of Highpoint RAID cards, and my movie collection and backups were all located on a RAID 5 volume powered by a Highpoint 2720SGL. Moving the entire array was as simple as mounting the drives into the new enclosure, installing the card, and loading the Highpoint drivers. No configuration was needed once I loaded the drivers for the card and the volume was instantly recognized. My entire 16T array showed up as a drive on my new system (5 x 4T WD Red drives) and it was good to go. 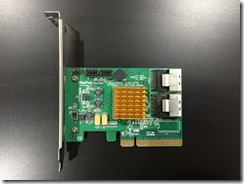 Next, I tried to import my older guest VMs to this new system.  Though the export process on the old server ran correctly and seemed to complete, I had issues trying to import them on this new machine.  One seemed to import correctly but not start, and the other would fail during the import.  I was forced into creating new VMs. Not a huge deal but an annoyance non-the less. Once I recreated my VMs it appeared that everything was working as it should. I installed Plex and updated the movie library with fresh metadata for my different collections and everything seemed to be good. I also wanted to keep everything in one system and take advantage of the faster encoding, so I also installed an LG BR/DVD writer as well as a variety of software tools.

Getting this running has not been pain-free. Besides the initial memory issues and the 2012R2 driver issues, I ran into some intermittent stability problems. It took me quite a bit of time to isolate the problem as it would only show up sporadically. It would sometimes run for a couple of days before seeing the issue. The only common pattern that I could I could see is that the issue would only happen when I tried to access the system via RDP or when there was excessive network traffic. I will spare you all the various troubleshooting I went through, but in the end, it seemed to be related to drivers, specifically AMD chipset drivers. It is not a secret that AMD has had issues with drivers before but I should have known better than to blindly install drivers without really knowing that I needed them. After many days of troubleshooting, I finally decided to wipe the system and start over before I attempted to replace the last two remaining parts of the system that had not already been replaced, the motherboard and CPU. Everything else had already been replaced or swapped to isolate the problem. Turns out that Windows 10 properly detected all but the USB 3.1 device and all I had to do was to install the one driver. Since that time, it has been working perfectly and has been very stable. I am pretty certain (though I can’t quantify it) that it had to do with the combination of Hyper-V and various drivers which I am sure have not been yet optimized for this type of application.  I am confident I would not have seen any issues with the system or drivers had it not been for the Hyper-V installation.  I know it is standard protocol to load all the manufacturer’s chipset drivers so that you can take full advantage of the chip’s features, however, in my case it backfired and the native drivers in Windows 10 turned out to be far more stable for this build.

Despite a couple of twists in the road and some aggravating moments, the outcome is awesome. I could not be happier with the result and overall performance. I now have my VMs running faster than before, Plex running smoother than before, and in parallel, I am experiencing some extremely fast encoding all on one system. As a reference, I was encoding a movie (Blu-Ray to 720P), streaming a Plex video to an iPhone and Installing software and the CPU hovered around 18% with occasional peaks to 40%. With the help of the Corsair AIO, the system runs very cool even when you stress the CPU with temperatures rarely reaching above 40C with very little noise.  If it weren’t for the hard drives, you would not hear the system at all.   The combination of Hyper-V on Windows 10 runs much better than I would have imagined, giving you the best of both worlds. It did not experience any of the complications and performance hits running the VMs that originally envisioned once I got past the driver issues. The AMD platform is relatively new so it is not surprising that the server OS’s would not be 100% supported, but I am sure that will get resolved over time. For now, it does everything I want, faster and more effectively than I expected, and I am truly pleased with the outcome of this project. So if you ask me if I like the Ryzen 7, my answer would be an absolute yes. I like so much that I will most likely use a Ryzen for my next primary system when it comes time for the next upgrade.  I am also going to be building a low-cost version using a Ryzen 3/5 to see how a lower budget build will perform.  Given the price point of the CPUs, as well as the dropping prices of motherboards, this could become a great platform for multi-use home servers as well as general purpose systems. 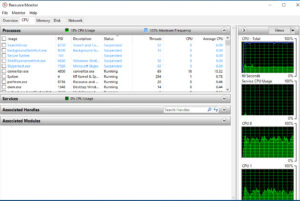