It has been years since I have built an AMD system. The release of the Ryzen series has breathed some life into the CPU world and increased the level of competition. I viewed so much information on this new chip that it inspired me to want to build my own system.  Not only to see the performance, but to see how stable the platform is versus an Intel system.

My Initial plan was to build a low cost simple system using some repurposed parts and just buying a CPU, motherboard, and Memory Kit.  I had a case, power supply, and graphics card I wanted to reuse to keep the overall system price down. listed below is the list of the “initial” components I purchased for this build. 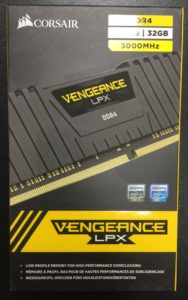 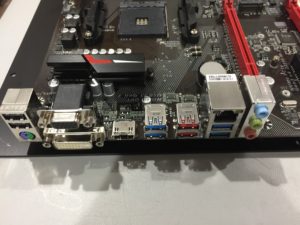 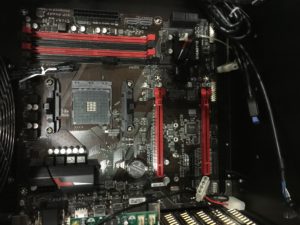 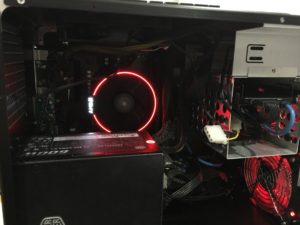 Unfortunately, things did not start off well. When I put the system together it booted just fine and seemed to run well. I was able to install windows with no issues, however the fun began when I tried to set the memory timing. The AMD chips are more sensitive to memory than their current Intel counterparts so I when I set the XMP profile, the system would not post. After trying every known combination of manual and automatic settings, I finally looked at the approved memory list from Gigabyte (something I should have done before hand) only to find that this board would only support this memory at 2400Mhz. Armed with this information I tried many more times to get it to run stable even at 2400 Mhz with no luck even after the upgraded BIOS.  There were some combinations that allowed the system boot however it would not survive a short stress test from AIDA64.  To make things worse, the Spire LED cooler that comes with Ryzen 1700 is noisy when you are doing anything but idling which I found very annoying. 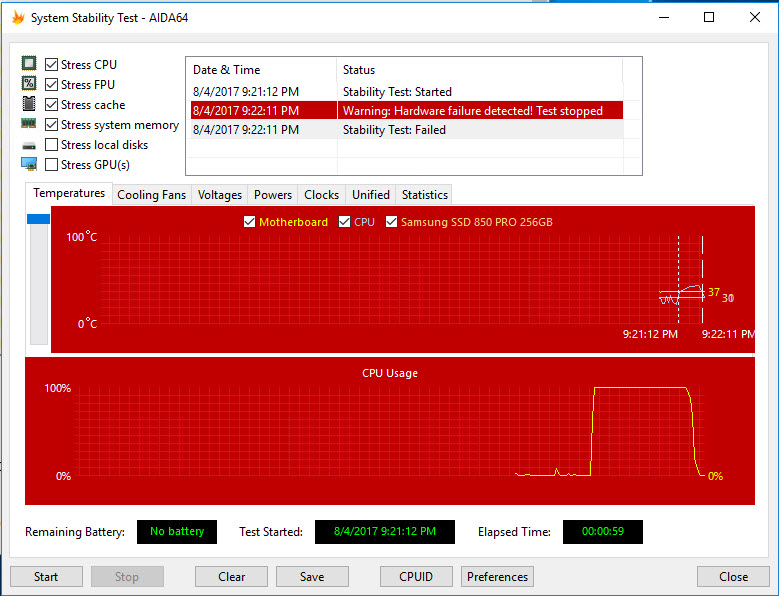 After countless hours of frustration, I decided I would send back the motherboard back and look for a board that supported this memory. The search lead me to the conclusion that I would have to use a board with the more expensive X370 chipset which seemed to provide better support for various memory types. I opted to get the Asus Prime X370-Pro motherboard to see if that worked better as the RAM “was” listed in the approved memory list and was certified to run at full speed.  As most X370 boards are typically in the ATX size, I installed the board into an extra Fractal Design case I laying around vs the Lian-Li case I was originally going to use.  While I was at it, since the Spire cooler was too noisy for my taste, I opted to buy a Corsair Hydro Series H100i V2 AIO to go in its place. I assembled the whole system, updated to the latest BIOS, and again it booted just fine.  This time it booted into the default 2400Mhz speed as opposed to the 2166Mhz that the other board booted with. Everything seemed OK until I again went to set the memory timings. Despite being listed on the approved list and having the latest BIOS, I could not get the Corsair memory to run at anything above the default speed of 2400 Mhz in this board either. I tried every combo that I could think of and finally decided that this memory was not going to cut it. I could believe that one board could be temperamental but not two completely different board types. 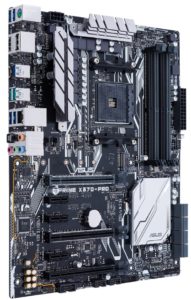 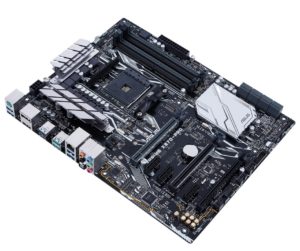 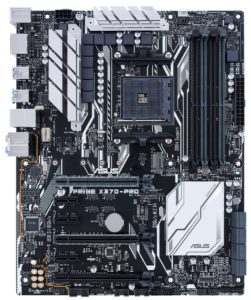 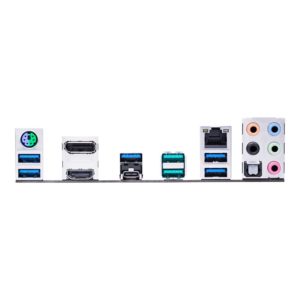 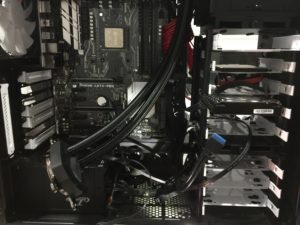 After all this board experimentation, I opted to pick up a different of memory kit. This time I looked specifically for something that claimed to be compatible with the AMD Ryzen as I did not want to waste any more time with trial and error. It was becoming obvious that hardware compatibility lists are not a guarantee that things will work. It was harder to find memory that claimed to be Ryzen compatible than I thought.  In theory it should all work, after all DDR4 is supposed to be a standard, right? I finally found the G.Skill Flare X Series 16GB 3200 Model F4-3200C14D-16GFX that claimed to be compatible the Ryzen 7 X370 boards at full speed. I really wanted 32GB but finding a 2 DIMM set was challenging and even the price of 16GB 3200Mhz kit was very high ($218).  I decided to give this a try and this time when I plugged in the G.Skill into the motherboard and setup the XMP profile, it fired right up and ran perfectly stable.  This is how things are supposed to work. 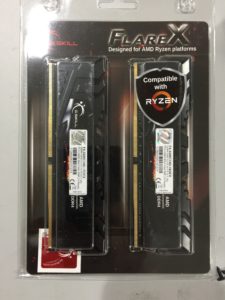 Now that everything was running good and I had gone this far into making a pretty good system, I decided to finish it off and throw in some aesthetics. I added some Cablemod power supply extensions and a Cablemod sleeving kit for the Corsair AIO.  Since I was using an older Fractal Design case that does not have the best cable management, I built a custom shroud out of sheet metal to help hide the wires.  To finish things off, I added the now customary RGB lighting to supplement the lighting built into the motherboard. 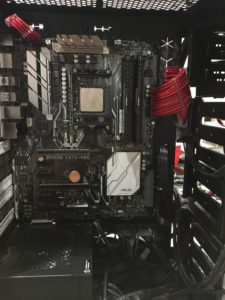 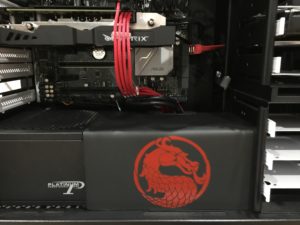 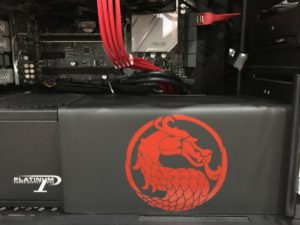 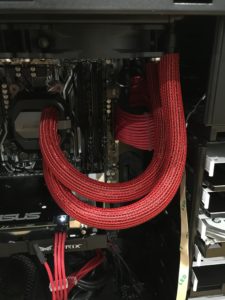 Power consumption was a little surprising. At idle the system used around 45-48 watts, but when you stressed the CPU, it rocketed to 119-123 watts. A higher swing than I am used to with Intel chips. 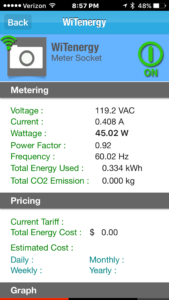 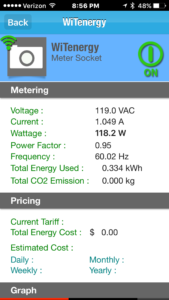 This project grew into something I did not plan for however I am very pleased with the system.  As I have put this into a case with allot of drive bays this will ultimately become a VM/Plex server. This thing should handle whatever transcoding I can throw at it and be an outstanding VM server once I beef up the SSD storage and add 20T of storage for movies and other items.  I did not do hours of comparison test but enough to show me it was a capable system. I truly like the Ryzen 7 CPU would not hesitate to build another or to build one as my main system. That said, next time I will be more careful to pick components that have been tested together until the platform is more mature. I am sure that in the near future, all these memory issues will be a thing of the past, but until then make sure you do a bit of research.  I put together just a few of the comparison benchmarks from my new I7-7700K and my Ryzen 1700 just for information.  There are tons of very thorough benchmarks out there if you are interested in things like gaming performance.  I am sure as the next couple of BIOS updates that roll out will minimize these minor compatibility problems and building a system will be as painless as current Intel platforms.  Despite these few caveats, I would definitely consider this platform if you are in the market for a general purpose computer as I think you will be happy with it. 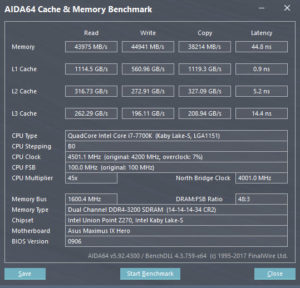 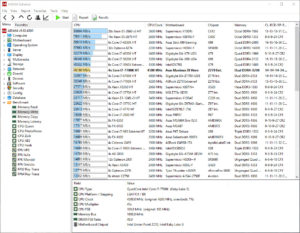 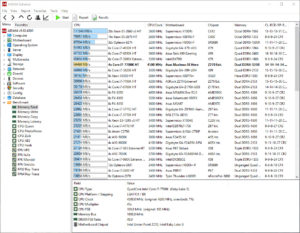 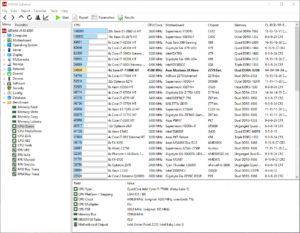 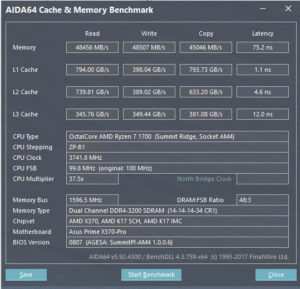 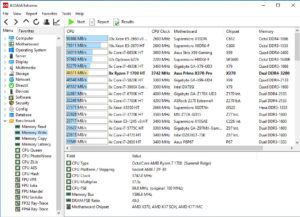 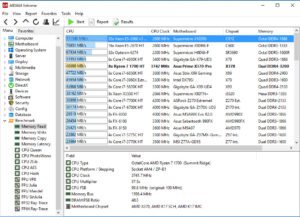 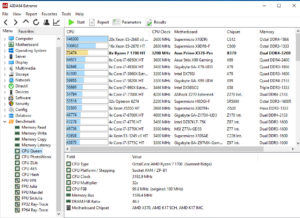 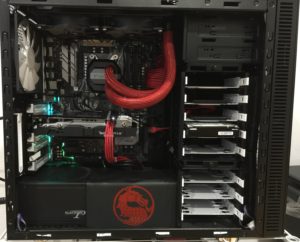 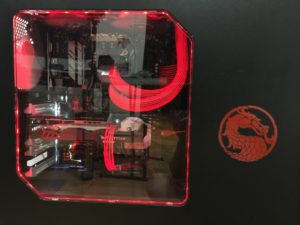 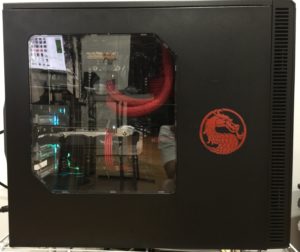