Not long ago I picked up a deal on an Intel 330 180 Gig.  I had planned on keeping it and using it on Windows 8 when it was released, however the need came up and had to use it now.  It replaced a Max IOPS 240 which I needed to use somewhere else so it beckoned a quick comparison between the two.  I did not go through an extensive comparative test but merely wanted to run a quick comparison as they both use the same Sanforce controller.  In addition, here is a quick overview of the Intel toolbox designed to be used by there SSDs. 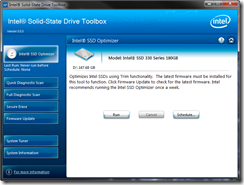 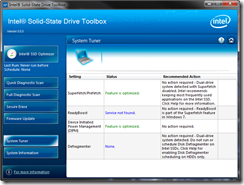 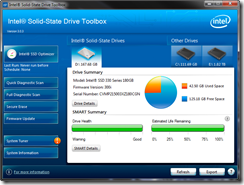 I did not do any elaborate testing, but here is the ATTO benchmarks between the Max IOPS 240 Gig and the Intel 330 180 Gig.  As they use the same controller, it is not surprising that they benchmark very close to each other.  On ATTO, they are almost the same with one having slightly faster writes and the other slightly faster reads.  In terms of performance, there really is no difference. 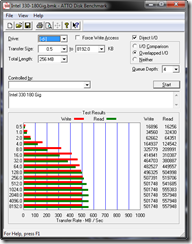 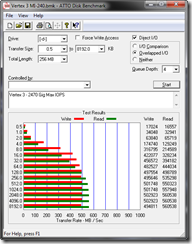