The reason this a part one is that this saga will actually continue into at least one more part based on the number of problems I had. I was pretty excited when Haswell was released.  It had been awhile since my last upgrade of my main machine and depending on the outcome I was planning to upgrade my VM server or my HTPC.  In addition, my plan was to finally get away from water cooling and go back to air cooling now that the new chips where “supposedly” going to run cooler and more power efficient.

For the cooling task, I selected the XigmaTek cooler which I thought was beefy enough for the job.  It has 5 heat pipes and a large 120mm quite fan.  On paper this is great cooler but in reality it is worst cooler I have used to date.  The installation was overly complicated using far to many parts and the fan vibrates more than I like.  The fan mount is a joke, taking the record for the hokiest fan mount I have ever seen. 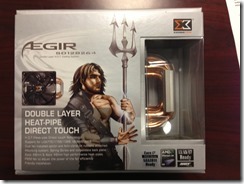 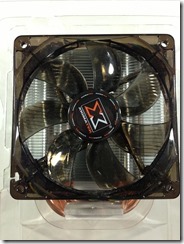 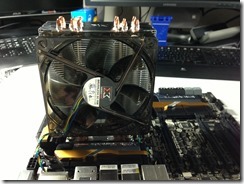 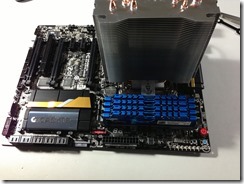 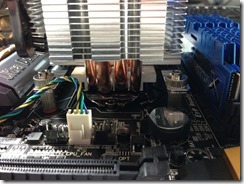 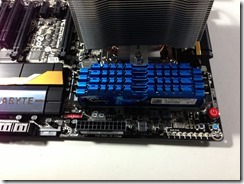 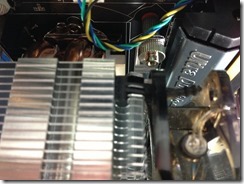 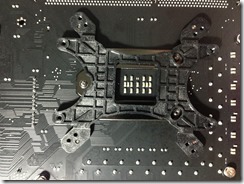 The CPU choice was fairly easy as I wanted one from the high end and one from the lower end.  I settled on the Core I7-4770 and the Core I5-4570S which is at the low end of the quad cores (65 watt version). 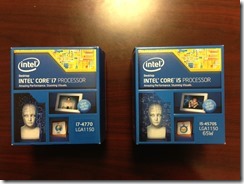 As a Gigabyte fan boy, I naturally selected a couple of Z87 boards from them.  For my main system I chose the Z87X-UD5H which is a full size ATX board that has more SATA ports and USB 3 ports.  In terms of features and construction, these boards are awesome.  The new BIOS is very elegant though it takes a bit of getting used to. 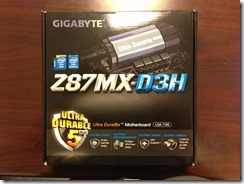 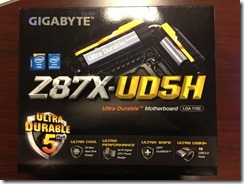 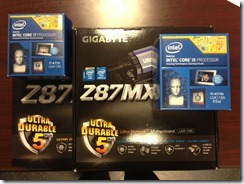 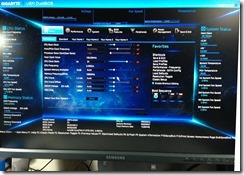 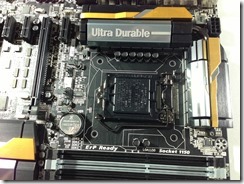 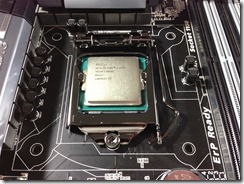 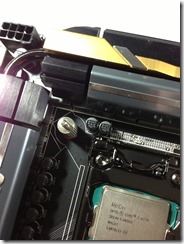 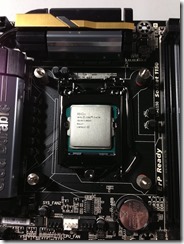 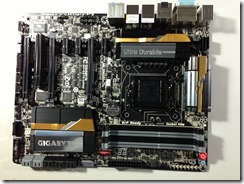 After a smooth assembly process (except for the cooler) the system booted immediately.  It did not take long to figure out there seemed to be a stability issue as the system would frequently go into recovery mode after a restart or just doing some mild work.  I assumed since there where all new drivers from the Series 8 boards, that a fresh install was in order.  I broke out the Windows 8 Pro disk and away I went.  I will spare you all the iterations, but after about 4 attempts to install and gain stability I concluded that this was not going to work out and proceeded to install the second board I had using the same 4770 chip.  With the new board, I went through another 3-4 fresh installs only to come with with the same issue, stability.  Just to rule any possibilities I tried 3 different sets of DDR3 and nothing made much of a difference.  At this point it leaves me with 2 possibilities, the CPU itself, or the power supply.  Since time was of the essence, I boxed both motherboards and the 4770 and returned them for an RMA.  Once I get the new boards and replacement CPU I will test it out again and see if it resolved the issue.  If it did not, than I will try a new power supply to see if that fixes the problems.  My observations during the short time I was running the system was that it was visually faster than my 2600 for booting, application launch, and overall response, however, the new Haswell did run hotter than my Sandy Bridge by about 15-20 degrees F.  The temperature curve was very steep despite this large cooler.  It went from idle temp of 90F to 150-160F in about 1 second once you started loading it.  The upside is that it stayed at that temperature and only increased slightly during continued stress test of about 20 minutes.

Now that I am passed the disappointment, frustration, and have rebuilt my old 2600, I now wait patiently for the next round of boards and replacement CPU to arrive later this week.  I never give up this fast and I know that I will at some point get these to run stable and get much better results.  I hope that when you read part 2 that it is more positive, and that I can share some better results as well as some benchmarks.