For a long time I have been running Untangle as my router/firewall and have been very pleased with it.  Several weeks ago, the motherboard I had been using started giving out.  It started to have issues with the internal NIC.  I tried re-installing the software a couple of times but with no luck.  It was pretty obvious that it was time to build a new box as I really wanted to run Untangle especially since they added the long awaited feature of full tunneling (see my article on tunneling).

I had been running it on an Atom D525 with no issues, however, now that is was time to rebuild and the Atom is more or less obsolete, I decided that I would future proof my build and go for something with a bit more power.  I did not want to spend a fortune so I shopped around and settled on the Intel G530 ($44) as the processor of choice.  It was low power, and plenty fast for this application, as a matter of fact, it is an overkill.  As for the motherboard, I thought that I would use the most current chipset so by process of elimination I settled on on the AsRock H77M-ITX.  When I installed the board, it turns out that Untangle did not recognize many of the new components of the chipset and did not function correctly.  Once I discovered it was a compatibility issue, I picked up a Gigabyte H61 board which is an older generation chipset board and that worked extremely well. 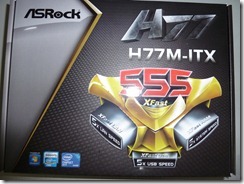 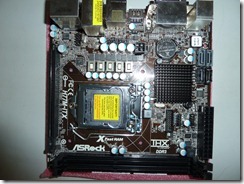 Gigabyte H61 is the one I finally used with an older chipset. 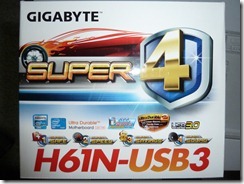