The Journey of Seven Laptops

Things are not always as easy as they should be. Recently I wanted to replace my 7-year-old Samsung laptop which has been my daily driver with something more up to date. It has been a great machine and has been the best laptop I have used to date. The issue is that it was beginning to show its age and I thought it might be time to upgrade given the recent release of the new 8th generation quad-core mobile CPUs. After all, how hard can it be getting a new laptop?

I went through what seems to be an endless amount of research looking for the exact configuration, and after several weeks of comparing specs, reading reviews, and watching YouTube, I decided that the laptop of choice was going to be the Asus UX430UA-DH74. It had 16 gigs of RAM, a 512Gig SSD, and the I7-8550U packed in a 13.3-inch form factor. Though it did not have a touchscreen, it seemed to be the best value I could find for this form factor.

When the unit arrived, I found that it not only had a noisy fan but had a bit of coil whine which I found irritating. I know that many of the Ultrabook’s have coil whine, but added to the excessive fan noise, it was more than I could tolerate. I sent the unit back and received a replacement but when I got the second unit I found that the fingerprint sensor was not working. I spent several hours trying to tune it and get it to be consistent with no luck. Back to Amazon for number three. The third one came in and again, I could only get the fingerprint sensor to work 2 of out 10 times. The rest of the laptop seemed to work great but when you spend that much on a device you want everything to work. Given the hours and time I spent on this, I decided it was time to try a different brand and sent it back.

I did some additional research and found that Costco had the Dell XPS 13 with the same basic specs as the Asus but with better battery life, a faster SSD, and a QHD touchscreen display. I decided to pick one up as they were having a $200 off promo. It was a bit more expensive but given the extra features and the promo, it seemed to be a good deal. I got it home and spent the next couple of days setting it up and installing software. As luck would have it, after about 3 days, the power button started acting up, working only when it wanted to and randomly shutting off the power light without actually touching it. In addition, there was an audible coil whine coming from the unit. Discouraged, I went back to Costco and picked up another one. This time, it was bad out of the box and made overly loud coil whine noise which was very distracting for a laptop in this price range. Not being one to give up, I went back to try one more. This time when I got it home it seemed to work correctly. No coil whine, no obnoxious fans, life was good. Everything was going well, and the laptop was a pleasure to use. I used it for a couple of weeks and overall it seemed like things were going great…But….

I was doing some work one night before I went to bed and received a notification that Dell had released a new BIOS to address the latest CPU vulnerabilities. Always being concerned about security, I thought I would do the update before I turn in for the night. After all, I do BIOS updates all the time so what could possibly go wrong. I proceeded to flash the BIOS and much to my surprise, the laptop no longer booted as it no longer had a boot partition. I went into the BIOS settings to make sure the boot sequence was correct, but all seemed to be OK. The BIOS update it somehow wiped the partition of the SSD rendering the system unbootable. I could not believe the luck I was having just trying to get a good laptop. I ran the recovery and reinstalled windows and began reinstalling all the software and configuring the system. When it was time to call it a night several hours later, I closed the lid to put the laptop back in the bag. I noticed while putting it away that the fan was still spinning away. I could literally hear it while it was in the laptop bag. I reopened and checked for anything running but everything seemed OK. Just for certainty, I rebooted the system and again I closed the lid after the reboot. The system seemed to shut off, but quickly came back on and started spinning the fans again after just a few seconds. I spent another hour or so trying to fix that problem and despite really liking the Dell, I gave up and returned it. I contacted their support to report it and surprisingly they immediately asked me if I just upgraded to the latest BIOS and asked if it worked correctly before the update. As the unit did work perfectly before the BIOS update I took this to mean they were having some suspicions about the new BIOS and microcode upgrade. I could not believe the run of bad luck I was having. Struggling with 6 different laptops over approximately a month period and I was still nowhere.

I was truly discouraged by the overall quality and consistency of these devices I had. My desire to have a quad core I7 with 16gigs of RAM, an NVMe SSD, touchscreen, lighted keyboard, in a 13-inch size seemed like it was going to be a difficult undertaking. As I continued to research over the next couple of weeks, I ran across a few reviews on the Razer Blade Stealth, a brand I have never given much thought to when it comes to laptops. It had everything I was looking for and they had just released a new quad-core version. As I am not a huge Razer fan, I was a bit hesitant as it was the most expensive of the laptops I had been looking at. After additional searching I decided to order one and give it a try, after all, I had just returned 6 laptops so what’s one more. I decided to get the Gunmetal Grey which was more conservative and it does not come with a glowing green logo on the cover nor does it have the RGB lights on the keyboard which I did not want on my laptop.

Given my luck with laptops, I did not want to publish this till I had at least a month of using the laptop just to make sure nothing went wrong and that I truly liked it. I really hated to spend this much on a laptop given the rate of obsolescence, but after using now for over a month, I must admit I truly love it and I am glad I bought it. Given the issues I had with the other brands, spending this much was a little less painful.

Even if the Dell and Asus had worked correctly, the difference between these units and the Razer Blade Stealth is significant and arguably worth the cost difference. The most notable difference is performance. All three laptops have the same processor but used wildly different thermal profiles. All the new quad-core laptops in the size range throttle the CPU fairly quickly, but the amount of throttling on the Stealth was much less. The idle and load temperatures were 20-30C lower than either the Dell or Asus models which surprised me. Subjectively, the noise levels were also much lower on the Razer. Under most everyday usage, the fan did not spin up at all and under full load, the cooling noise was much more palatable than the other models. To be fair, the Dell was mostly quiet under normal use though it seemed to spin the fans more often when you were plugged into a power source. The other major difference was drive performance. This an area where the Razer was a clear winner. Not just with benchmarks, but everyday use. Boot times, waking from sleep, and coming out of hibernation was night and day difference. The Asus used an M.2 SATA drive so I expected a difference there, but the Dell was an nVme drive and should have performed on par, however, as you can see from the benchmark below the write performance is not very good. Benchmarks aside, the difference in user performance is significant with everything just working faster and smoother by a very noticeable margin. It still surprises me when I use it. The other small item that made a big difference for me was the lighted keyboard. Most higher end laptops have a back-lit keyboard, but the Stealth’s lighting was not only brighter than the other two but configuration was completely different. As the lighting is controlled by the Razer Synapse software, you can alter the power profile to only turn off the lighting when the display goes off. This is a great feature when you use the laptop at night as the keyboard stays lit until you go into power saving. If you ever used a traditional lighted keyboard, then you know the lights typically go out after not touching the keyboard for a couple of seconds which is very annoying when you are using it. 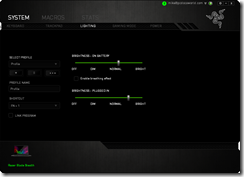 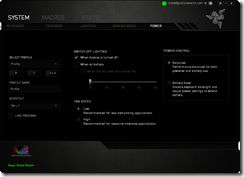 I am certainly glad this saga is over, and in the end, I got exactly what I wanted. One thing is for sure is that the process was much tougher and much longer than it should have been. I walked away from this experience with the impression that manufacturers do not seem to thoroughly vet their designs as well as they should. The amount of coil whine prevalent in these systems, fan problems, fan noise, and nonfunctional fingerprint scanners should be the exception, not the norm. I know I am a picky customer but there is no doubt I should not have had these problems. I certainly hope that I do not have to buy another laptop anytime soon, but for now, I am very thrilled with the Razer Blade Stealth. It is what I envisioned a small form factor laptop would be and the performance is fantastic.  Although it was much more than I wanted to spend, after all the grief I went through, I am not complaining. 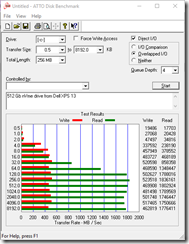 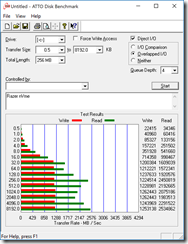 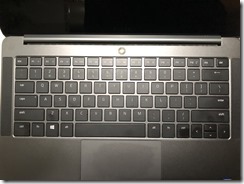 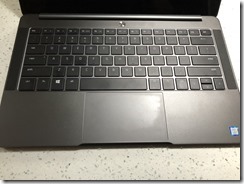 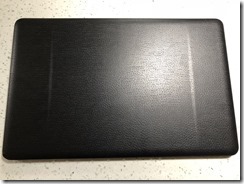 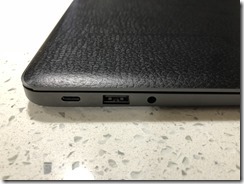 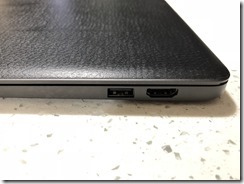