Once in a while you stumble onto an item you that you did not realize you even needed. For me the Open-Mesh MR1750 wireless access point is one of those items. I had never heard of this company until I heard about the product from a forum thread at the Homeservershow.com forums (from iTGeeks). I was not actually in the market for another access point but the promise of simplicity and the ability to scale with my needs intrigued me as my setup was complicated and difficult to scale.

Visually there is nothing special looking about this access point. It looks like a fairly standard ceiling mount that is virtually identical to the EnGenius brand that I am presently using. As a matter of fact if you look at the mounting accessories, and turn the units upside down, they are virtually indistinguishable from one another. That said, overall quality of the hardware is pretty good though I did not like the cheap ceiling mount and wished they included something more elegant like the ones used on the Ubiquiti. The one thing I did like is the newer flavors of their access point now work with a standard PoE/PoE+ adapter and no longer have to use their injector like some of their other versions. If you use a separate power adapter, you have to use a 24v adapter, but if you use PoE, the unit itself works with any PoE/PoE+ switch which makes for an easy install. As a side note, the older versions of their access points used an injector module that allowed you to pump the 24V into the Cat 5e to use PoE, however this unit is not compatible with the injector and it does not work. You either use the 24V directly in or use a standard PoE switch/adapter. 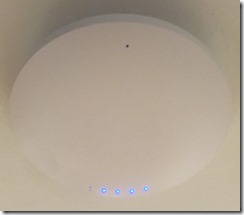 As there are no instructions whatsoever in the box and you sort of have to figure out that to do anything, you have to create a CloudTrax account. Once you get past that absence of information, sign up for an account, and enter in the MAC address of your AP, things become very simple. This is where things really shine and you can begin to see the simplicity and scalability of this device. I know their market is commercial/professional but it still would be really nice if they included a “Getting Started” one page document for those who are buying their product for the first time. That minor annoyance aside, the setup of your network is very straight forward and easy to do. 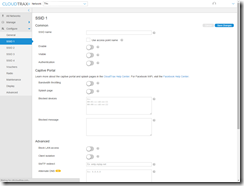 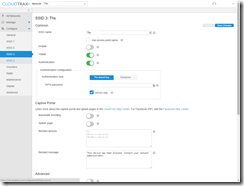 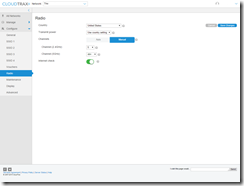 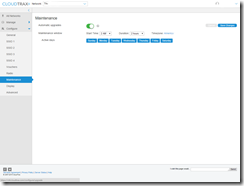 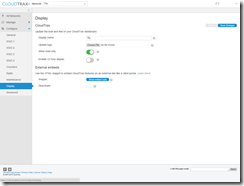 As with all devices, you run into a few issues. My first issue was the inability to communicate with my IP cameras, home automation controller, and my Sonos system. This is obviously not going to work for me so I contacted their tech support, They were very quick to respond however their answer did not help me at all either because they did not understand my question or maybe the guy I was dealing with did not know the product. It was a user on the Homeservershow forums (itGeeks) that actually provided me with the answer which allowed me to easily fix the issue. Turns out that all you have to do is to set the “Bridge wired networks” option and select the wireless SSID that you want bridge and it will restore connectivity to all the devices on your network. If you leave the toggle off, which is the default, it isolates your access points from your local network for security reasons. This strategy makes perfect sense and once you know of the feature it is very easy to setup. For example you might put SSID #2 bridged to your network for your cameras or other devices, and use SSID #3 for other devices that do not need to or should not access other devices on the network. Great feature once you know it is there.

The second issue is a little less defined. I had difficulty on a couple of iPhones getting and staying connected at first. When I would try to connect I would receive “incorrect password” and even once it is connected, it would drop off and no longer re-connect automatically. Since I saw this on two different iPhones but not the iPad’s or laptops, I am going to assume here that it is firmware/software related on either Open-Mesh or Apple as this seemed to happen shortly after upgrading to the IOS 8.4.1. I played around with different settings and so far the only thing that seems to work (but too early to claim victory) is removing the check mark next to “WPA2 Only” option. I also did a resent network setting in IOS and this combo seems to have addressed the issue. So far after two weeks, it have been rock solid and it has not returned since making those changes. 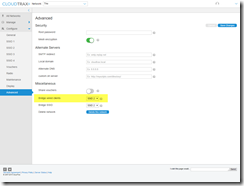 Signal strength is difficult to measure and without using measurement equipment, it becomes somewhat subjective and prone to variability.  What I can tell you is using signal strength indicator in tandem with some streaming tests from exactly the same installation point as my prior access point, I can now reach farther than what was previously possible. I used to lose signal when I got about 3 feet into my patio and can now reach another 40-50ft without dropping the signal and losing the ability to stream content. That may not seem like allot, however when you consider I was already using the best AP I could find, I consider that a pretty significant increase. Also worth noting that this extra distance is outdoors and going from indoors to outdoor is already a challenge. When benchmarking using my iPhone with the speed test app, I get 122 megs/sec about 20 feet from the AP.   Large transfers from my server across wireless were holding consistently at 21 MB/s.  Again much better than I was before. 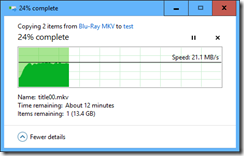 All in all I am very happy with the purchase and now that everything is set correctly and I better understand the settings, I cannot go back to my prior access point. Set aside the initial anomalies with the hook up which hopefully is behind me now, and the issue that tech support does not know their product, overall the product is fantastic. The ease of setting up dual bands (actually the absence of having to worry about it), an automatic mesh network of extenders, and the overall configuration is how every wireless product company should do their configuration. If anyone from Open-Mesh ever reads this I would ask that they consider adding a get started card in the box to help those less resourceful in getting the unit configured. All things considered, if all access points were this easy to setup, consultants would be out of business and everyone would be enjoying secure Wi-Fi at home. 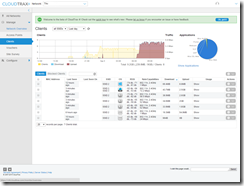 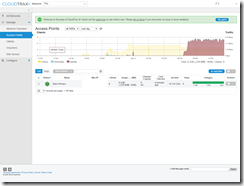 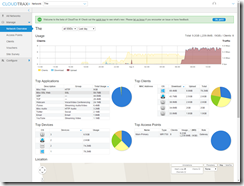 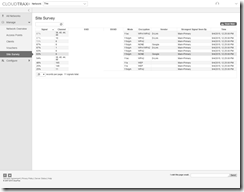