Inspired by success of one of a colleague at the homeservershow.com (See the post from Joe_Miner), I decided to create a RAID 0 using 3 of the new Samsung EVO solid state drives.  Because I bought these with a specific need, I used 2 of the 250 Gig units and one of the 120 Gig versions.  This is obviously not ideal as it will only create the array based on the smallest size (3 x 120) and leave the rest of the drive unallocated.  Since this was done for testing, I did not get too concerned as the configuration I was going to end up with in the end was 2 x 250 Gig in a RAID 0 and the 120 would be used in a different system.

I used a Highpoint 2720SGL for testing at it supports Sata 3 and has proven to be more reliable than having to mess with the Intel controller and the Intel Rapid Storage drivers which I do not like at all. 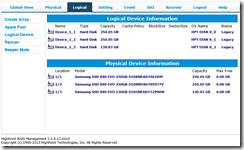 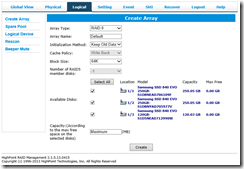 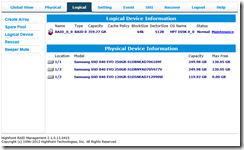 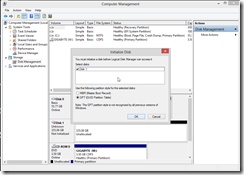 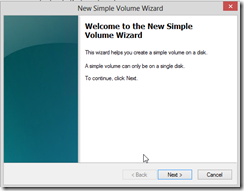 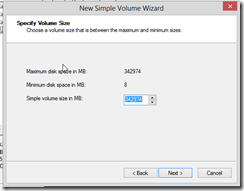 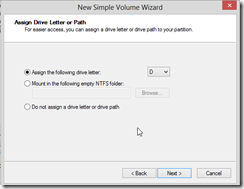 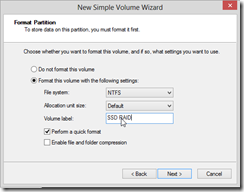 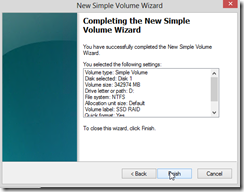 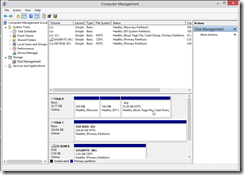 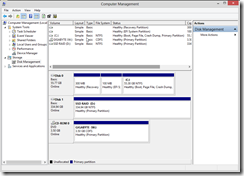 Below are the benchmarks I got using the 3 drives.  I was not able to run CrystalDiskMark as it would cause the computer to lock and reboot on the last section of the tests it performs.  This only occurred in the 3 disk array but worked fin in the two disk configuration. 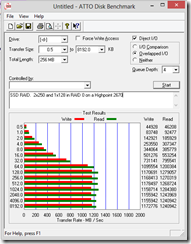 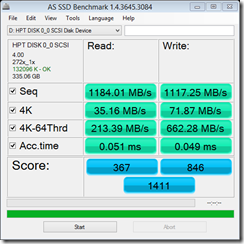 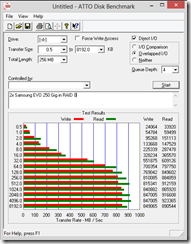 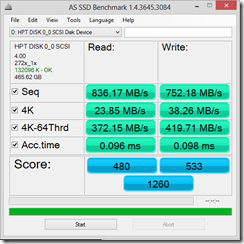 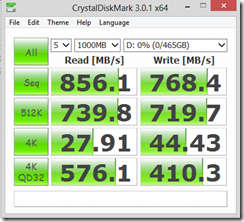 As you can see from the benchmarks above, the performance of 3 SSDs is insane making it an ideal setup for VMs, or fast storage for editing photos or videos.  Though still very fast, the 2 Drive configuration was not quite as high as I expected it to be especially when compared to other configuration using different drives such as the Samsung Pro’s.