Back in July of 2015 I experienced what could have been a major disaster from a water leak caused by a faulty gasket on a water filter.  It is always a disaster like this that makes you realize you should have a way to do an auto water shutoff.  Thankfully I had Insteon leak detectors everywhere and I was notified of the leak right away so I could take action. Unfortunately, as luck would have it I happened to be about 110 miles away and not scheduled to come back for two days when the leak took place so I was forced to call a friend to come and shutoff the water main and to go in to assess the damage and remove as much of the water as possible. Approximately 45-50 minutes passed from the time I got the message, to the time he was able to get to the house to shut off the water (thank god for remote door access). Despite the fairly quick response, all of the kitchen flooring, parts of the family room floor, and parts of the dining room floor wer destroyed, not to mention the base boards of the cabinets, dry wall etc. Add to that the cost of the crew coming out to mitigate the water damage, and you end up with a nice bill to pay. I won’t go into all the specifics but suffice it to say it cost me thousands out of pocket to get everything repaired. This disaster led me to pursue options in preventing future problems and add controls into my home automation system that would allow me to automatically shut things off if a leak or other emergency was detected.

I looked at various options but one of the main things that I wanted to achieve was integration with my existing home controller. As I am heavily invested in Insteon and the ISY994i, I wanted something that would integrate into my system so I would be notified, it would immediately shut off the water shut off, and perform other actions as needed. I wanted to target two areas (for now), one was the under sink which has my refrigerator hook up for ice maker/drinking water dispenser, as well as the water filter installed on my sink for drinking water, and the other was (for obvious reasons) the water main to kill water to the entire house if leaks are detected anywhere else. You could argue that just doing the water main would be sufficient however since I would be installing them at two different times, I wanted to install a short term solution earlier and address the under the sink area while I waited to replace the entire water main in order to install the water main shut off as it needed replacement anyway.  In addition, the killing of the water closest to source is faster and allows less of remaining water in the pipes to spill out.

For the under sink valve, I used a FloodStop valve which comes as a complete package with fittings, controller, leak detector, and of course the valve. The FloodStop devices are very well built and are available to fit many different applications such as washing machines, water heaters, Ice makers, dish washers, and toilets to name a few. The only other piece I had to add was the Insteon Open/Close sensor (2843-222) so I could integrate it to the overall system. The sensor sends a signal to my ISY994i and triggers further actions needed based on the program I setup.

To solve my particular issue, I installed it on the valve that provides cold water to the ice maker and water filter as I consider that a weak point. Not only because I am sensitive to it because of the prior experience, but because it contains several of the plastic connectors and compression fittings which can be a weak spot. 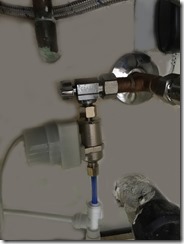 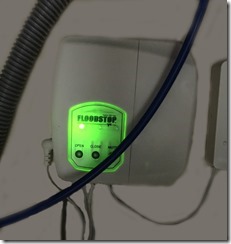 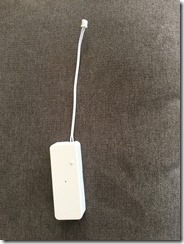 The core of the system is the SmartHome Select Water Shutoff. The unit operates off 12V DC and is connected to a power supply and an Insteon 2450 I/O link controller which is the same device that is used on the garage door, pool valves, and drape controls.  Though it is not particularly cheap, the build quality is outstanding and of course what it can save you makes this a great deal. 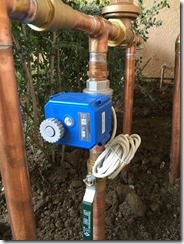 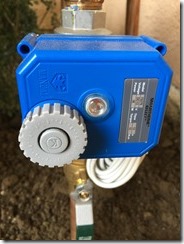 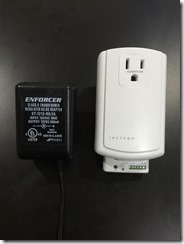 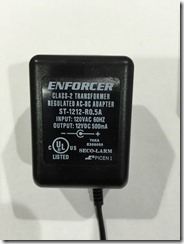 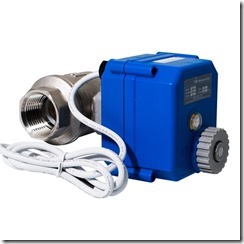 It goes with saying that all the valves in the world won’t help unless you have detectors installed to trigger the system. I used the Insteon Leak Sensor 33 (2852-222) throughout the house. I installed them in the water heater, dishwasher, refrigerator, kitchen sink, all bathroom sinks, and all toilets. 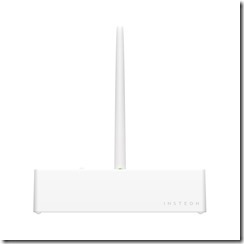 The hook is pretty straightforward. The FloodStop units are pretty much self-contained and come with complete instructions. The only part that is not clear is how and what to hook up to it to allow it to communicate with your controller. The Insteon open and close sensor is the same sensor used for basic security or a door open sensor other than you only use the base portion and not the magnet. You have to remove the cutaway on the side and attach the supplied wire harness to the inside of the sensor which in turn plugs into the Floodstop controller. This allows the FloodStop Controller to send a signal through the open and close sensor to the ISY and trips an event/program.

The main shut off is completely different in the hook up and comes with the worst instructions I have seen to date from a SmartHome product. The premise is pretty straightforward but you have to have an idea how to hook things up first. In addition, you have to supply your own 12v transformer to attach to the 2450 to supply power to drive the valve open or close. The picture below is the “entire” instruction that you receive and that was captured from their website. I added a low cost UPS for the power brick and for the 2450 so things could still continue to work in the event of a local power outage. 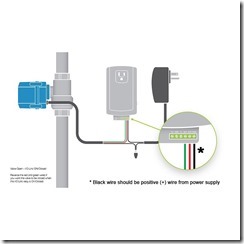 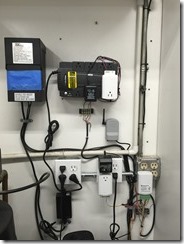 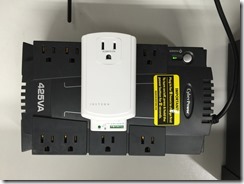 I have included one of the programs I used in my ISY994i which takes the signal from the sensors, notifies me, and shuts off the water.  There are many other ways that you can accomplish this and you can create your own scenes or sequence depending on the hardware that you have. The bottom line is to take a leak detector signal, let your know about it, and shut down the water. 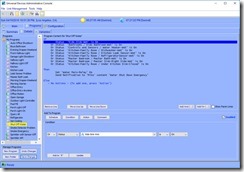 I could not be any happier now that everything is installed and working. Though it was a bit of work to get everything installed (especially the plumbing), I feel much better now that there is a first line of defense. The sensors are sensitive enough that even a collection of water the size of a quarter, or even high moisture will trip the system and shut off the valve. In my testing, it took about 1 second to trip and send the shut off signal to the valve, about 3-4 seconds for the valve to completely close, and an additional 5-15 seconds for the pressure in the lines to stop outputting water (varies depending on many factors). To be able to kill the water supply in about 10-25 secs from very early in the leak is fantastic. Had I had this before, the $6000 worth of repairs would have been mostly eliminated (except for a couple of towels…). So is it worth the time and money? Absolutely, there is no question you should consider doing something like this even if you pick different hardware. You can select other options or combinations out there but I would recommend you install something. One critical thing to consider is the positioning and quantity of sensors you install. Don’t skimp out and cover every location and position them directly below the water source. If you have to, put more than one in critical areas. The more you install the better. I plan on adding an entire redundant set just to make sure (I know I am a bit paranoid). Lastly, make sure you test frequently. Sensors do go out, batteries die, and your valve can go bad, so testing it once a month would be in your best interest.  Setup a reminder and spend 10 minutes on a weekend to make sure everything is working.  What ever you select or how you hook it up, make sure you do something as it could the best investment you can make.